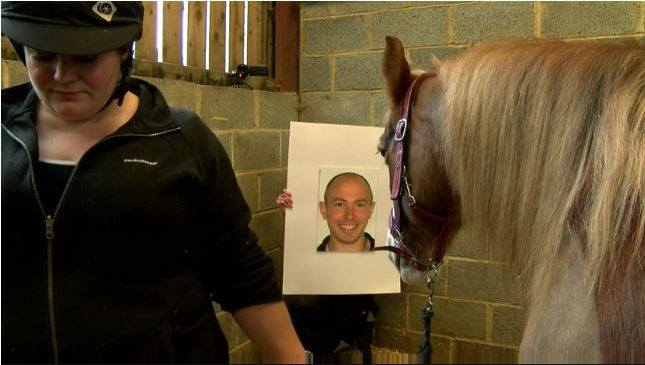 Research shows that horses are able to differentiate between happy and angry human facial expressions. In an experiment using photographs of male faces, researchers at the University of Sussex have shown that horses “responded negatively” to angry expressions. The researchers believe that our interactions with the horses may have enabled them to adapt and interpret human behavior.

You may also like: If You Were a Horse, What Breed Do You Think You Would Be?

The research team conducted their tests at an equestrian school, where they presented large photographs to a total of 28 horses. One person showed the horse the photo while another held the horse. The study found that when the horse was shown a picture of an angry man, its heart rate increased significantly, using primarily their left eye to look at the picture.

Can a Human Affect an Animals Development?

Last year, similar results were shown in a study of dogs, and it raises the question as to whether we humans may have influenced animals’ innate ability to recognize emotions, by spending so much time with them.

Another interesting result of this study is that that our behavior and mood have an influence on the horse at the very moment when we interact with it. Most of us who are very close to horses will certainly agree that our mood matters to the horses, but it is interesting that it has now been tested scientifically and it can open up an exciting insight into the relationship between horses and humans.

This video show how horses react upon human emotions.

This article was originally published in August 2020 and has since been revised and edited.

Riding in the twilight: How well can your horse see in...

At the moment the days are getting longer. And maybe the sun is still kind of up when you...

Study: How does your weight affect your horse?

Article after article has been written about how much weight a horse can carry. Some consistently refer to the...

Decoration with a purpose. Many riders now have diamonds on their horse´s headband, lacquer on the gaiters and some...

Study: Why half pads underneath the saddle can be effective

Are you using a half-pad underneath the saddle when riding your horse? Reasearch indicates that this might be a good idea.

Children and horses: When to get started – and how?

Is your child interested in horses? In this article we give you advice on when and how to introduce your child to horses and riding.

A celebration of the beautiful, elderly horses

Do you have an old horse? Then you know how wonderful they are. You can see more elderly horses in this article and read their stories.
Advertisement

Riding in the twilight: How well can your horse see in the dark?

Low or high? The location of the hay net affects the horse’s back, neck and jaw

REWILDING: How and why it is being done in Europe